Have you ever had the question of what is front-end and back-end development? And what would suit your needs better? Well, I’m here today with an article for those who are curious to know about this difference. As the name suggests, front-end jobs are all about making your website look good and function properly. Back-end work focuses on how it works- this includes everything from system maintenance to building new features.

Front-end developers have a lot to do with the appearance and functionality of websites, while back-end developers work with databases and servers to make sure that everything goes smoothly.

So, is one more important than the other? No. I mean, yes these two types of development are certainly distinct from one another, but they’re also like the two sides of the same coin. They work together as a cohesive unit instead! You might say, “so where should we start?”, well, why not flip the coin up between Front End vs Front End? Hmm… Tough choice there…

The utility (usefulness) both sides play within web development cannot be ignored; Each side has its own set of tasks or functions defined. Let’s explore more about front-end and back-end development.

What Is Front-End Development?

Front-end development is the development of all visible elements to visitors/users on websites and web applications. Developers who specialize in front-end work are said to be specialists at client-side coding, as their job focuses mostly on what you see when your browser loads up a site or application page!

It includes everything the user experiences directly: from text and colors all the way down through buttons or images for navigation menus, etc.

So, as a front-end developer, your job is to ensure that the site’s users have an excellent experience. You manage what they see in their browser and make sure everything works smoothly from start to finish with code analysis as well!

What Are The Front-End  Programming Languages?

Front-end Web Developers use a variety of technologies to build websites. They typically only need the skills in HTML, CSS, and JavaScript according to industry experts who say that these three languages form what’s called “de facto standard” on building web applications- without them your site will not work properly!

HTML is the fundamental coding markup language that creates and organizes web content to be displayed by a browser. It is the coding that organizes the information and structure of a web page. Content could be organized using paragraphs, bulleted lists, graphics, and data tables, for example.

CSS is a language that defines the style and formatting of websites. It can be used to format text, images, or other objects on your webpage in ways such as font typefaces; color schemes for background images; etc

CSS is unlike HTML or JavaScript in that it does not create any new elements. Instead, it’s a style language for HTML elements.

JavaScript is a text-based programming language that allows you to construct interactive web pages on both the client and server sides. HTML and CSS give structure and aesthetics to the website, JavaScript adds interactive components that keep users engaged. It is used to add more interactive elements like drop-down menus, modal windows, and contact forms.

These essential elements create everything that is visually presented on a webpage—whether it’s online shopping or reading news! They are known as “the building blocks” for internet browsing because they have made things easier in your experience with web pages.

But they’re not alone! You’ll come across web frameworks like Bootstrap, Django, and Angular. JavaScript’s libraries such as jQuery are also available to help you make the most out of your time in front end development with the various functions and abilities they offer for each language respectively; there’s a long list of resources including these different tools – it can be difficult knowing where one starts or ends!

What Are The Key Front-End Developer Skills?

Front-end developers need to be both creative and technical. They require a strong visual sense, which helps them develop websites with interesting designs for people who want something more than just text on screen or images of plants filling up space – but it’s not the only skill they should focus on! Front End Developers also code in CSS/JS languages that programmers tend to use every day; these programs are used by designers as well because what we create today will likely still look good ten years from now (or at least close enough).

These should have strong visual sense and creativity, written communication with the ability to think on their feet about how things work together or what might be changed for better results; plus, team collaboration is very important if you want your project completed efficiently while still meeting all requirements.’

There are many coding-related skills that would make a front-end specialist successful. HTML and CSS, JavaScript frameworks like AngularJS or ReactJS, testing/debugging techniques- these are just some examples of what they should be masters at.

What Is Back-End Development?

The back-end developer is the one who keeps your website up and running. As an important part of web development, they are responsible for implementing updates or making changes to how a site operates in addition to monitoring its functionality so that things keep moving smoothly without any hiccups along the way – rewriting code when necessary! They also craft all data transport mechanisms between clients (browsers)and databases, which makes these connections happen seamlessly. ‘

Back-End web development is an essential part of the development process. Back end applications are built by combining these three elements: the server which hosts all data on its own or shares resources with other servers to provide more processing power; application software that runs within this environment provides functionality such as displaying content or accepting input from users (e.g., forms); databases where information are stored.

What Are The Back-End  Programming Languages?

Back-end web development is a little different than front-end because it doesn’t need CSS and HTML. Instead, programming languages like JavaScript are used to make the back ends of sites more interactive for users with what they want on their screens at any given moment.

The programming languages that back-end web developers often use include:

Python is a powerful programming language that can be used to build websites and software, automate tasks like data analysis or document generation, etc. It has been designed not only as general-purpose programming but specifically geared towards solving problems quickly.

Ruby is a general-purpose programming language with many applications. It can be used for building web applications, but it also has other uses such as data analysis and prototyping.  Rails is one of the most popular frameworks used to create websites. Ruby ranks amongst the top ten programming languages, predominantly because of Rail’s popularity.

JavaScript is the world’s most popular programming language. It is a text-based programming language used both on the client-side and server-side, which allows you to make web pages interactive. HTML & CSS are languages that give structure and style; JavaScript gives them elements for it to become more engaging with users!

Java is a popular programming language that has been used to power servers and back-end applications for years. Many of these include big data projects, android development, etc.

Python is a popular choice for back-end developers due to its ability to be used in many applications and the usefulness of Python when in automation.

Back-end web developers often use frameworks to automate some back-end tasks necessary for the site’s quick and secure running. Some common website functionality would not be feasible without these frameworks. The most popular frameworks which make the work of a back-end developer a lot easier are Ruby on Rails, Laravel, Django, Flask, etc.

What Are The Key Back-End Developer Skills?

Back-end developers are the architects of websites. They need an eye for detail and passion in building these digital structures with strong communication skills to work effectively with front-end or client-side developers on projects they’ve got going forward, successfully managing both sides, so all pieces come together smoothly. Successful back-end developers have strong passions for data, detail, and are critical thinkers.

Businesses look for back-end developers that can use their skills and knowledge of different programming languages like PHP or Python, as well as are familiarized with frameworks such as Laravel. They also need to be good at database management through SQL queries because the work involves storing data in databases to write filters on them according to the users’ needs (e.g., if the registered users should add his/her name).

They require strong oral presentation abilities; this may come naturally while talking about your expertise in back-end development. And they require having critical thinking abilities- as when developing a website or post the development, they may have to solve and face a problem unseen before.

Who Is A Full-Stack Developer?

As a developer, you don’t have to settle for just front end or back end development ; you can do both as the full-stack kind. This is where the fun begins!

A Full-Stack Developer knows both front end and back. The visible part is what you see, but they also know how things work on the other side! They can make your website look good as well as function properly with their expertise in JavaScript or other programming languages that come into play for each technology stack.

They often work with all the major players in the technology department by having expertise on both sides of things the front-end and back-end development.

To put it simply, the difference between front-end and back-end development is like two sides of a coin. The primary responsibility for each side lies in what you see on your screen: while one handles visuals, another takes care of all activities related to processing data or requests sent by other applications over networked connections. In simple terms, the front-end refers to the browser and the back-end refers to the server or, more recently, the cloud.

If one is more interested in user interfaces and the visual aspects of creating web and apps, then perhaps front-end development is where one should be aspiring to be.  One will spend long hours writing logic to make the site look and behave as intended.

If one is interested in work that will keep one’s desk swamped with interesting problems and challenges, then back-end development may be the perfect fit. The back-end consists mostly of solving business-related issues, such as developing algorithms or providing services over APIs to make things happen behind the scenes. 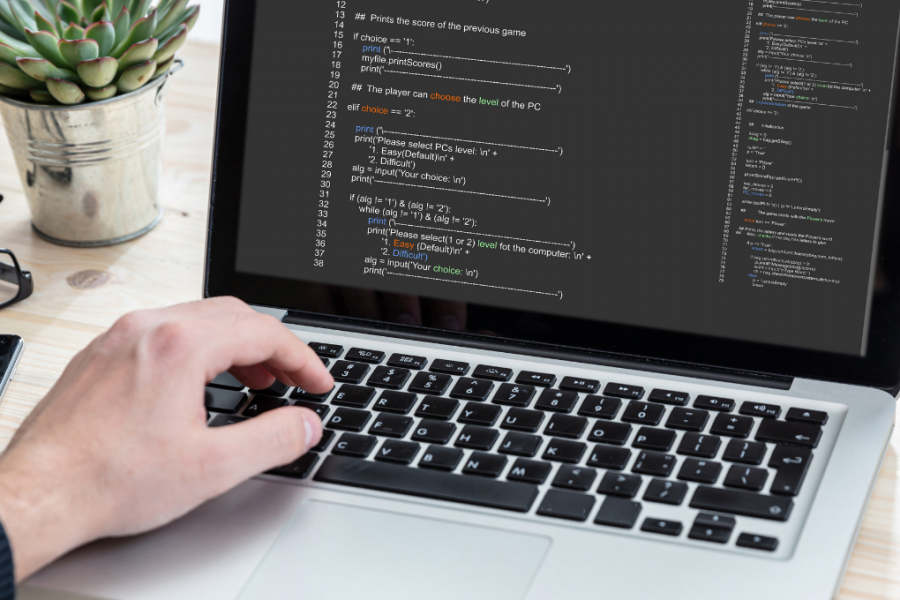 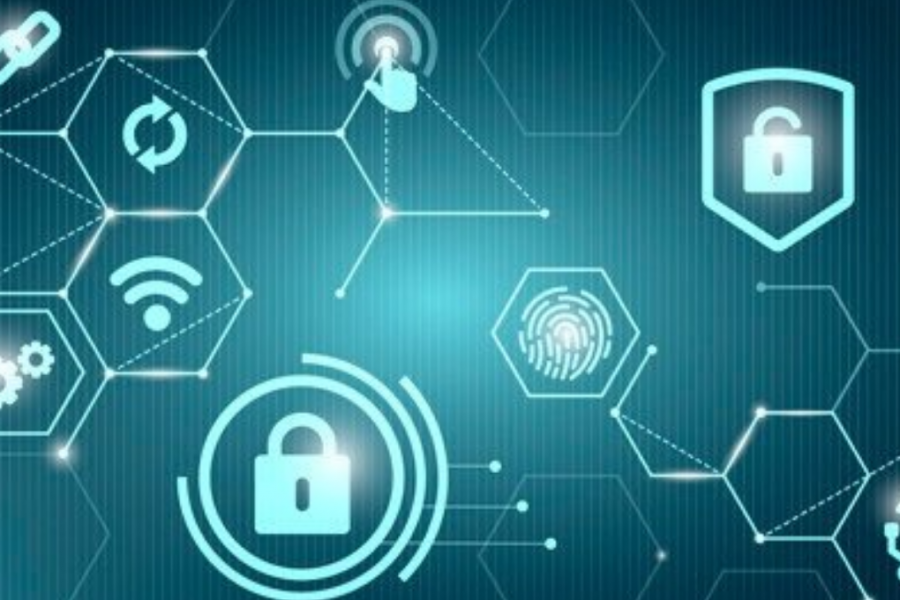 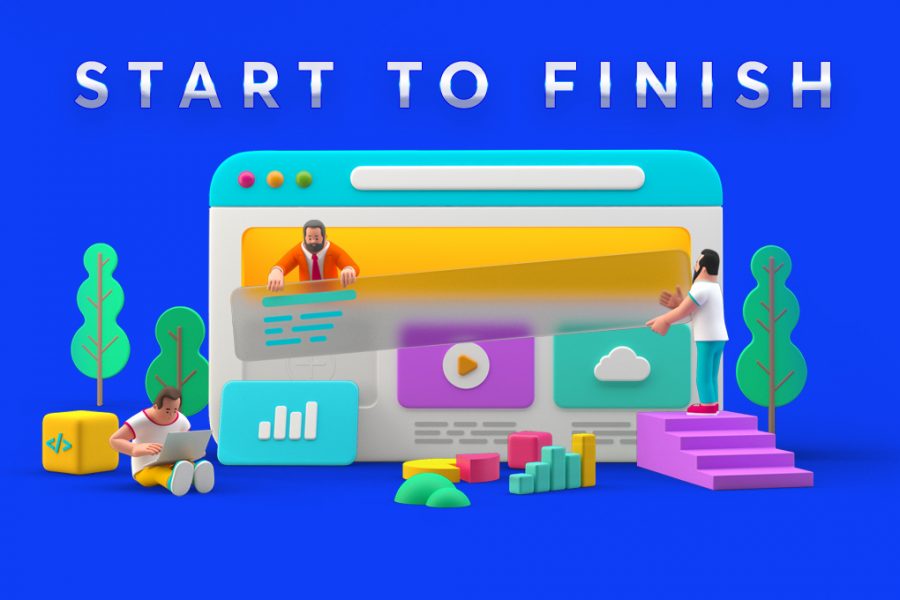