A Comprehensive Guide to Front-End vs. Back-End Development in 2022

The two terms are not necessarily exclusive, nor are one necessarily more important than the other. Both Front-End and Back-End technologies are necessary to create a complete web application. In fact, the conversation between Front-End vs Back-End development is an ongoing topics and some developers choose to specialize in either one or the other aspect, while others are proficient in both.

What is Front-End Development?

At its core, Front-End development is about creating the user interface and experience for a web application. This includes everything from the layout and design of the website to the interactive elements that allow users to interact with the site. In order to create a well-designed and functional user interface, front-end developers need to have a strong understanding of web design principles, user experience design, and web accessibility standards.

These developers do take visual designs from UX and UI designers, and then bring the website to life, making sure it functions well for the user. One interesting way is that you could use Front-End skills in creating a static website, which is a particular website with fixed content that is delivered to a user’s browser exactly as it is stored.

What is Back-End development

Back-End web development is focused on the underlying code and functionality of a web application. This includes the server-side code that powers the website as well as the database that stores all of the data for the site. Back-end developers need to be well-versed in server-side programming languages and frameworks, database technologies, and web hosting solutions

Back-End applications are built by combining these three elements: the server which hosts all data on its own or shares resources with other servers to provide more processing power; application software that runs within this environment provides functionality such as displaying content or accepting input from users (e.g., forms); databases where information are stored. The purpose of Front-End development is to make the user experience as smooth and enjoyable as possible. This involves everything from the structure of the website to the design, layout, and even the interactivity.

The purpose of Back-End development is to make sure that everything on the Front-End works perfectly. This includes the servers, databases, and applications that power the website.

The Front-End of a web application is the part that the user interacts with. It includes the graphical interface, such as the buttons and menus, and the way in which the user navigates through the app.

The Back-End of a web application is responsible for storing data and handling all of the behind-the-scenes processes, such as user authentication and sending emails. Front-End developers need to be both creative and technical. They require a strong visual sense, which helps them develop websites with interesting designs for people who want something more than just text on screen or images of plants filling up space – but it’s not the only skill they should focus on!

These should have strong visual sense and creativity, written communication with the ability to think on their feet about how things work together or what might be changed for better results; plus, team collaboration is very important if you want your project completed efficiently while still meeting all requirements.’

Back-End developers are the architects of websites. They need an eye for detail and passion in building these digital structures with strong communication skills to work effectively with Front-End or client-side developers on projects they’ve got going forward, successfully managing both sides, so all pieces come together smoothly. Successful Back-End developers have strong passions for data, detail, and are critical thinkers.

They require strong oral presentation abilities; this may come naturally while talking about your expertise in Back-End development. And they require having critical thinking abilities- as when developing a website or post the development, they may have to solve and face a problem unseen before. Web Developers use a variety of technologies to build websites.  The most fundamental programming languages needed for Front-End development include:

Back-End web development is a little different because it doesn’t need CSS and HTML. Instead, programming languages like JavaScript are used to make the Back-Ends of sites more interactive for users with what they want on their screens at any given moment. Some of the tools include the following:

Some of the Back-End tools include the following:

The term “full stack developer” has become increasingly popular in recent years, as the line between front-end and back-end development has blurred and the need for developers with expertise in both areas has grown. Full stack developers are comfortable working with both the front-end and back-end technologies that power a website or web application. They deeply understand how the different pieces of a web application fit together, and how they can be used to create a seamless experience for users.

Full stack developers are often able to work independently, and are comfortable taking on projects from start to finish. They are also able to collaborate effectively with other developers, designers, and stakeholders. Full stack developers typically have a strong grasp of one or more programming languages, as well as the various tools and frameworks that are used in web development. While there is no one-size-fits-all approach to becoming a full stack developer, there are some essential skills that all full-stack developers should have.

Some of the most important skills for full stack developers include:

To put it simply, the difference between Front-End and Back-End development is like two sides of a coin. The primary responsibility for each side lies in what you see on your screen: while one handles visuals, another takes care of all activities related to processing data or requests sent by other applications over networked connections. In simple terms, the former refers to the browser and the latter refers to the server or, more recently, the cloud.

If one is more interested in user interfaces and the visual aspects of creating web and apps, then perhaps Front-End development is where one should be aspiring to be. One will spend long hours writing logic to make the site look and behave as intended.

Back-End development may be the perfect keeping one’s desk swamped with interesting problems and challenges. The Back-End consists mostly of solving business-related issues, such as developing algorithms or providing services over APIs to make things happen behind the scenes. 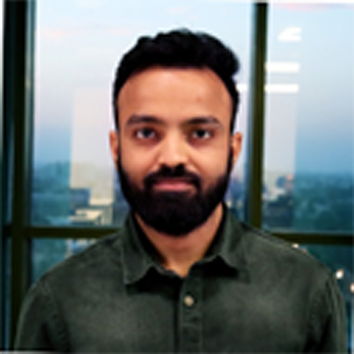 Khurshid Alam is the founder of Pixel Street, a web design company. He aspires to solve business problems by communicating effectively digitally. In his leisure, he reads, writes, and occasionally plays a game of table tennis.